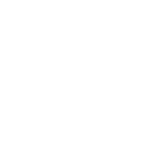 AGA – A History of the Heat Storage Cooker 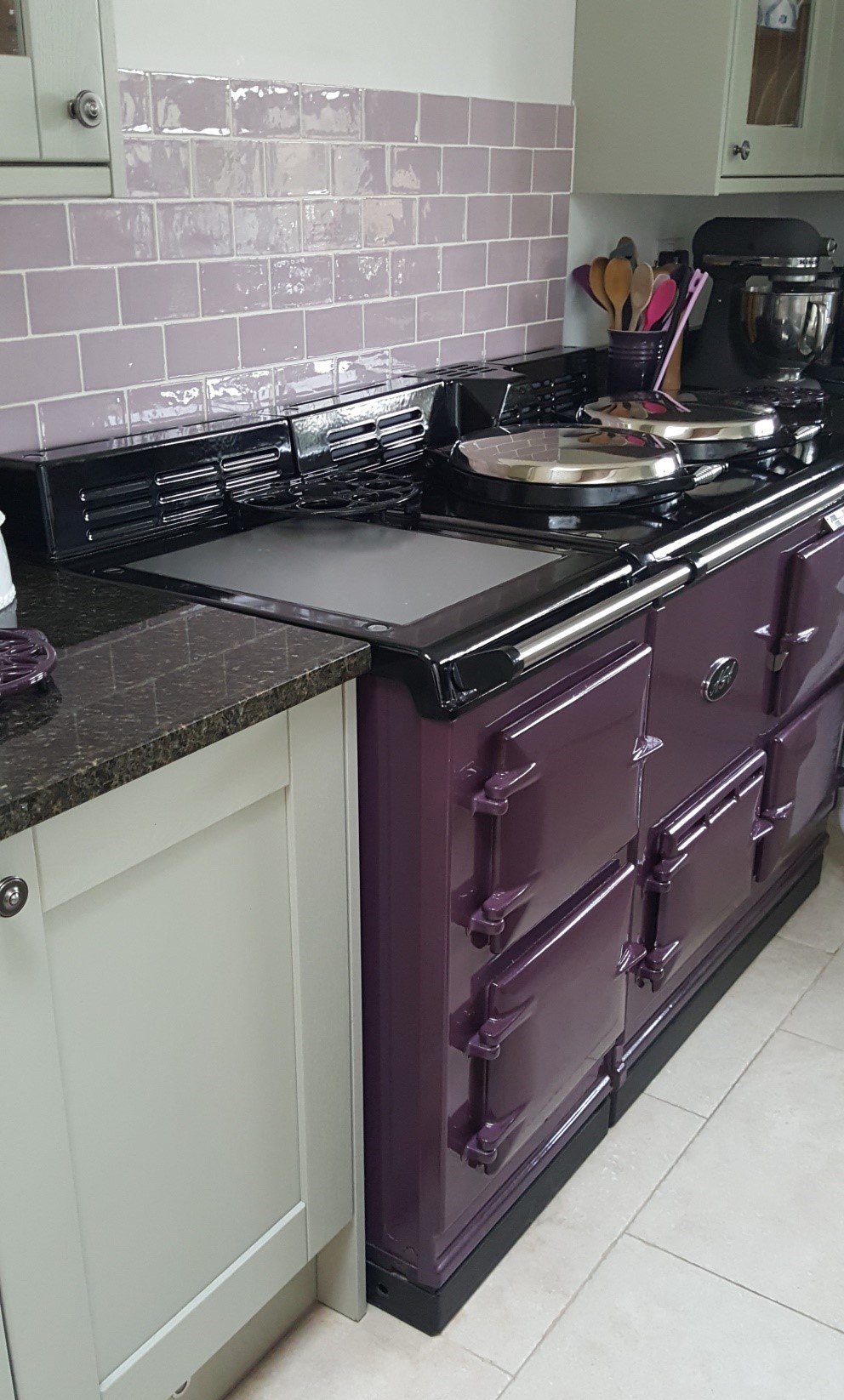 AGA is a brand that has a great heritage. The AGA cooker is made in the Coalbrookdale foundry, Shropshire UK, where Abraham Darby first made cast iron cooking pots, using a method for which Queen Anne granted him a patent in 1707.

In 1986 the Ironbridge Gorge was awarded World Heritage status by UNESCO due to its industrial importance.

The AGA cooker was first made in the UK in the early 1930s in Smethwick, West

World War. The AGA is still made from cast iron and cooks by radiant heat.  Originally designed to run on solid fuel, the company also developed oil and gas models and there is now an electric generation which are programmable. In 2011 the AGA Total Control was launched and controllability was extended so that the AGA can be turned off and on using a standard mobile phone or an app on a smartphone, PC, laptop, ipad or tablet – UK only.  This was followed by the AGA Dual Control and AGA City60.

It was in 1922 that the Swedish Nobel Prize-winning physicist Dr Gustaf Dalén invented the world’s first heat-storage cooker. Confined to his home after a failed experiment cost him his sight, Dalén was inspired to create a better, more efficient cooker for his household, who constantly had to tend an old-fashioned range.

Dalén created a cast-iron cooker capable of every kind of cooking simultaneously, through its two large hotplates and two ovens. The now famous AGA was born and by 1932 manufacturing was under way at the AGA Heat Ltd factory in Smethwick, England.

The popularity of AGA heat storage cookers grew steadily through the 1930s. In 1931 a total of 322 AGA cookers were bought, with sales soaring to 1,705 just 12 months later. Among the keys to its success were the talents of salesman David Ogilvy, who went on to form the worldwide advertising giant Ogilvy Mather. He was one of the company’s first salesmen and his ‘The Theory and Practice of Selling an AGA Cooker’ has been described by Fortune Magazine as ‘the finest instruction manual ever written’.

In 1934 the American AGA Cookbook was published by Sheila Hibben, who explained that Dalén had “tackled the problem with a view to creating a stove that would provide all the conveniences and economy that modern engineering demands”. The book was published in the USA, proof of the AGA cooker’s growing popularity outside Britain.

As Europe was gripped by war, an AGA cooker became a life-saver for many families. The British government placed orders for AGA cookers for canteens in munitions works, communal feeding centres and hospitals. Demand increased so dramatically that the waiting period rose to a staggering 27 weeks. A second manufacturing plant was opened in Shropshire, the Coalbrookdale Foundry.

The 1950s proved to be another successful decade for the AGA. The cookers had established itself at the heart of fine living and sales reached more than 50,000 units per year. Part of this success came from the introduction of a new range of exciting AGA colours. For 34 years the AGA had been available only in cream, but in1956 that all changed. The introduction of the new AGA De Luxe models in pale blue, pale green, grey and white proved hugely popular with AGA enthusiasts.

All production had moved to Coalbrookdale by 1957, where further new models were being introduced featuring chrome-plated lid domes.

The 1960s saw a decline in the use of solid fuel and the move to more convenient energy sources, such as gas and electricity.  The first oil-fired cooker was introduced in 1964, followed by the launch of the first gas model in 1968. These products were the first to use the iconic black lozenge logo – which is still used to this day. In 1968, reflecting fashions of the time, the AGA colour palette was further extended to include dark blue, red, yellow and black enamel.

The 1970s was a decade of transition for the AGA Company as the focus shifted to innovation and the challenge of developing a new wave of AGA cookers to meet the demands of the next generation of families.  Only one new model appeared during this decade, the EL2 AGA cooker in 1975. Its design moved away from any previous AGA heat-storage cooker and looked more like a conventional cooker – built in sheet metal and available in a wide range of colours.

The 1980s started in style with AGA’s 50th anniversary celebration. A lavish birthday party was thrown at the Royal Garden Hotel in London and was attended by advertising guru and lifetime AGA supporter David Ogilvy. The company continued to flourish, and its status as something of a national institution was recognised when Prime Minister Margaret Thatcher visited the Coalbrookdale foundry in 1981. Then, in 1985, AGA launched a landmark model – the first electric AGA cooker, with the 2 oven, EC2, followed two years later by the 4 oven, EC4. It used the cheap overnight electricity tariff. These new models retained all the traditional features for which AGA cookers were renowned, but for the first time no flue was required as the cookers vented through a small pipe fanned to the outside.

By the end of the decade, more than 8,000 new owners were joining the AGA family each year.

The Module was unveiled in 1996, which was a conventional electric cooker with traditional AGA styling designed to fit on the left-hand side of the range. Later the same year the Companion was introduced – similar to the Module but freestanding. By 1998, both were available with gas hob options. The nineties was another colourful decade, with some new colours introduced and others withdrawn. Exports grew rapidly during the nineties, and frequent trips were made to the USA between 1996 and 1999 to raise awareness of AGA products in America. ‘The AGA Book’ established Mary Berry as the definitive AGA writer, with the Mail on Sunday describing her “to AGA what Pavarotti is to opera.’

In 2003 a major step forward in the design of the AGA, virtually unchanged for 80 years, resulted in the 3 oven model, same dimensions as the 2 oven AGA.  It featured a Baking Oven giving a moderate oven for additional capacity. Launched first in gas and then as a 13-amp electric.  The majority of AGA heat storage cookers sold today are 3 oven models.

The introduction of the 13-amp electric AGA in 2004 changed the AGA family forever. It needs no flue, just a vent pipe to the outside so it can go almost anywhere in the kitchen. 2007 saw the launch of AIMS, the AGA Intelligent Management System which was fitted onto the 13-amp electric AGA and later onto selected gas models. It can be programmed to be up to heat when you need it for cooking, going into low mode when not required and to slumber overnight. Using AIMS can reduce energy usage.

In 2009 the company celebrated the 300th anniversary of the foundry in Coalbrookdale, the first place in the world where iron ore was smelted with coke, instead of charcoal.  This was the innovation that saw the beginning of the industrial revolution and literally changed the world. Now a World Heritage Site, the foundry is where every AGA heat-storage cooker is born.

The next generation of AGA cooker was the result of extensive research and development.  The AGA Total Control, launched March 2011, addressed customers  questions, such as lack of flexibility – being on when no-one is in the home during the week – less cooking taking place, too warm for highly insulated properties, running costs and made the AGA as relevant for today’s busy lifestyle as it had been before.  Each cooking area of the AGA Total Control is controlled independently by a touch control panel, the ovens can be programmed by a remote hand control or the iTotal Control uses a smartphone app, ipad, tablet, text or pc to turn the ovens on from afar.  The AGA Total Control is the first AGA to be pre-built at the factory.

The next major development for the AGA cooker, launched July 2013, was the AGA Dual Control.  It has the traditional heat storage AGA ovens, ever available – with a turn down low energy setting available on the electric model – with independently operated hotplates. You can choose to have the hotplate or hotplates on only when needed or left on all day. It is easy to use with manual operation.

The AGA Total Control, electric only and Dual Control, gas and electric are available in both 3 and 5 oven models.  The 5 oven is a 3 oven with an independently operated electric ‘hotcupboard’ attached to it, comprising of a Slow Cooking Oven and a Warming Oven with a Warming Plate on top or a choice of ordering with an induction hob instead.

Introduced in September 2014 the AGA City60 has been designed to have all the attributes of a larger AGA within a small 60cm space. In America this model is known as the AGA City24!!  Each area is independently heated so they can be used together or in isolation.  The single hotplate has two settings, so can be either a Boiling or Simmering Plate with a specially designed Resting Area to extend usage.  The top oven also has two settings; so it can be either a Roasting or Baking Oven.  The lower oven is the Simmering Oven.  Flat floor grids are provided to use when cooking on the floor of the ovens.  Latest development for the City60 is a conventional gas powered hob, as a choice from the solid cast iron hotplate. 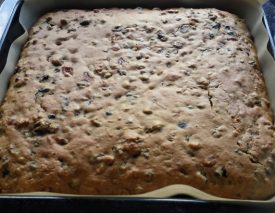 Time for a picnic?

National Picnic Week this year falls between 16th and the 25th June,… » 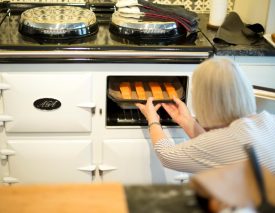 Hotplates When stir frying or cooking anything that is inclined to… »